Travelling is about having fun, meeting new people, and getting away from the routine of your daily life. In the 20th century, only a select few folks had the opportunity to travel to faraway islands to have a good time. Thankfully, in the 21st century, that’s not the case anymore. Most of us can afford a trip to a tropical island without even emptying our bank accounts.

But where do we go? There are so many places around the world worth visiting that for a person with zero knowledge, it will be almost impossible to make a choice. Well, it’s always better to choose a destination that’s different from what you’re used to at home for a maximum impact, so to speak.

Europe is great; so is South America. However, for a real change of scene, I would highly recommend South Asia, as it’s quite a unique region. Lombok, in turn, is an amazing Indonesian island with some of the best beaches, waterfalls, and a gigantic mountain. But you can find all of that in pretty much any country. So, let me introduce you to the Bangkang Cave.

It is a very special place, and certainly not every resort town/island/ out there has a thrilling place like that for the foreigners. At first, the beaches and the temples will grab your attention. But once you get tired of them, spots like these will become your new favorites. Alright, let’s take a closer look at this tourist magnet.

What Is The Bangkang Cave All About?

The first thing you might think when considering this place as a destination for your next trip to Lombok is probably something like “Do I really need to go there?” Trust me, there’s enough to see in that cave, and it will be one of the best experiences on an island, that’s for sure. The stalagmites and the stalactites in there will steal your breath.

When I and my friends entered the cave, we were blown away by how beautiful it was. The pictures can’t really give you even half of the thrill. Standing in there and embracing the view, one begins to think about the power of Mother Nature and the things that we can’t really control – only admire.

The Bangkang Cave might not be the most popular visiting spot in Lombok (simply because not a lot of folks know about it), but when it comes to the “elite landmarks” on the island, it definitely is in the Top-3. The locals consider it to be a sacred place, and some of the tribes have a lot of historical bonds with it.

Even if you don’t know the half of what it means for the citizens of Lombok, you’ll still be captivated by the otherworldly beauty of the cave. Important disclaimer: if you’re a pro at this and have been in more than one cave, then the Bangkang Cave might not be as impressive for you. Yet, for us, the “newbies”, it is quite an amazing thing to witness.

Learning More About The Place

According to the locals, this cave has been around for more than 100 years. Obviously, you won’t find any treasures in there (if there ever were any), but if you have a decent phone in your hands, the photos you make there will be epic!

Or, better yet, grab a video camera so that you’ll be able to show your grandkids just how cool you were back in the day. The best time to visit the Bangkang Cave is before the sun sets. That’s when the bats will leave their homes and fly out into the sky. There are thousands of these creatures living in there, so, get yourself prepared to face the vampires in a closed space.

Don’t worry, though: they’re not dangerous unless you provoke them and/or attack their nests. Watching the bats leave the cave while the sun is still up – priceless! It’s moments like this one that make our trips special. Some people claim that the tourists shouldn’t take pictures in the cave, as that might spook the bats and make them do desperate things.

But that’s not really true. If you keep your distance, everything will be ok. As a matter of fact, the vamps might be hiding high up or sleeping, which is exactly why I suggested visiting before sunset. It would be a pity to fly all the way to Lombok only to miss a spectacular view like that.

The Raw Beauty Of The Bangkang Cave

I would recommend hiring a guide if you’re a bit afraid of getting stuck in the cave. That’s not gonna happen, of course, but for additional security, hiring a professional will be a great idea. Please be advised that there are tons of python snakes living on the walls. When the sunlight hits the cave, it turns into a beauty.

The stairs leading down are made of bamboo, and the smell of coconuts will linger on in your mind forever. Aka Goa Bangkang Prabu, this cave is best to experience with your friends/loved ones. The stalagmites and the stalactites look heavenly under the light! If you don’t want to pay for parking at the village, just drive down the path and stop there.

Keep your eyes open, as it’s super easy to miss the cave. They will charge you a lot (for Indonesia, at least) – be ready for that. From the outside, it doesn’t look particularly exciting, but once you go inside, the place will amaze you, and that’s a promise. The rays of light will guide you to the center.

I know I said earlier that you won’t even notice the bats, but you will, most definitely, hear them! Please remember that it’s pretty hot in the Bangkang Cave and it would be wise to take short breaks and go back to the surface to catch your breath. If you want to witness those healing sunrays, get there around 12-13 pm.

Checking Out The Neighboring Beaches

So, the exact address is Bangkang Village, Pujut Sub-District, Central Lombok Regency, West Nusa Tenggara. If you take a closer look at the map (in the lower corner of this article), you’ll see that it’s located at the “bottom” of the island. However, the surrounding areas are quite alright and you won’t have a hard time finding a place to eat, to rest, or to spend the night.

The Kuta Beach is just 5 kilometers away, and if you’ve got the spirit for it, try to walk the distance, because nature over there is marvelous (or rent a scooter from the locals). And, as the cave is very close to the shore, there’s a number of amazing beaches waiting for you to visit.

Yep, you don’t necessarily have to make the Bangkang Cave the only stop on your trip. There’s not much to do there apart from taking pictures and acting a fool anyway! But, as a part of a bigger adventure, it will fit right in. Don’t rush it: take a minute to admire the view and have a cold drink somewhere near the ocean.

Most beaches will charge you for entering, but the fee is always incredibly low (like half a dollar or something like that). There are some delicious cafes and restaurants in the vicinity, and most of them serve delicious seafood. Believe me – after a couple of hours inside that cave, you’ll want to eat a dinosaur, or, at least, an elephant.

How To Find The Bangkang Cave

I already mentioned the address. Now let’s focus on the best ways to get to the Bangkang Cave. From the Lombok Airport, it will take you no more than 45 minutes to reach the destination. The road is 22-25 kilometers long. The fans of bikes will love the path to the cave. It’s not 100% ideal, and there are some bumps here and there, but if you’re an experienced driver, everything will go smoothly.

Or, better yet, hire a personal driver/taxi and enjoy the beautiful landscapes and beaches of Lombok from the back seat. The shortest route from Mataram is 54 kilometers long (Jl. Bypass Bandara Int.; will take you 1 hour and 15 minutes). Yet, traffic can be bad there.

The alternative route is through Jl. Raya and it is 68 kilometers long. That route will take 1 hour and 40 minutes on a car/bike. Some crazy folks like to land in Bali and rent speedboats there. And while you’ll have to drive through water for quite a long time, the experience will definitely be unforgettable.

Just make sure you’ve got the time, the money, and the energy for that. Again, there are a lot of interesting spots around the Bangkang Cave, and they all deserve a visit. The people in that area of Lombok are very friendly and lead very simple, proud lives. The atmosphere at the villages in the Central Lombok Regency is priceless! 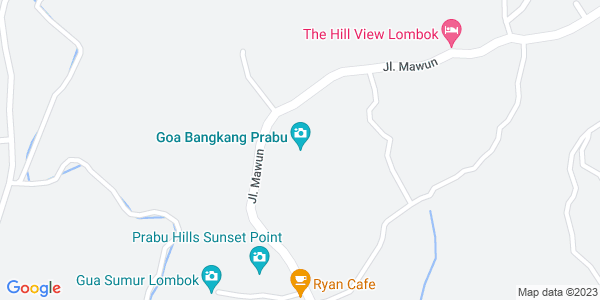 Alicia E.
June 10, 2018
Never been to a cave before, and this one definitely got me and my buddies excited.
Reply
Amber K.
April 10, 2017
A cave on an island? Why not, right? This was one of the best trips in my life.
Reply
Emanuel F.
March 18, 2017
The bats are more afraid of the humans, actually. But still, keep your distance.
Reply
Martin L.
August 3, 2016
I had to work up my courage to go in there, but it was worth it. The best selfies ever!
Reply
Sabrina R.
February 11, 2015
Thanks for sharing dope spots like the Bangkang Cave with us. Will make sure to visit it one day.
Reply