Lombok is a pretty tiny island, even for Indonesia. However, it is home to some of the finest beaches and waterfalls, not to mention the wonderful temples and mosques. As for Mount Rinjani, it is probably the biggest tourist magnet out there. It’s quite huge and has that majestic touch that will enchant even the most experienced and hard-boiled travelers.

People from all over the world are coming to visit not only the gigantic mountain, but also the beautiful waterfalls that greet them at the entrance and, of course, the National Park. There, you’ll find all kinds of amazing landmarks, including the Susu Cave.

It’s not the most popular tourist destination on the island; yet, you’ll be missing an amazing opportunity to have fun and make some thrilling memories if you decide to pass by it. The entrance fee is fair, and the cave has more than enough “oomph” to impress you. Important note: right next to this one, you’ll find two more caves: Payung and Manik.

So, yes, there’s a lot to see in the area even without the famous mount. Officially, the National Park is considered to be a natural attraction and the government of Lombok is investing huge amounts of time, energy, and money into turning it into a modern-day entertainment center. Right now, it looks pretty great!

What Is The Susu Cave All About?

The route to the mountain is a tiny adventure of its own, and seeing Rinjani even from a distance will be an amazing experience. But if you’re not big on climbing and prefer to go deep into the ground instead, then the Susu Cave will be right up your alley. The distinct landscape, the beautiful views, and that “uncharted” atmosphere turn it into quite an awesome spot.

The fans of natural spas – hot springs – will be delighted to find one inside the Susu Cave. Just imagine “chilling” in there with your friends and acting as if you’re all primal humans trying to make a living in that cave. After you have a good time there, the climb up the mountain might just become a doable task.

It’s kind of a win-win situation: you can both explore and relax in the Susu Cave. Then, if you’ve got the strength go back to the waterfalls (Sendang Gile is the closest one) and have a bath there. According to some of the locals, that will grant you otherworldly powers and incredible strength.

Obviously, that’s not really true, but when you’re in Lombok and hear people tell you stuff like that, you simply have to try to go through this “ritual.” The hot spring right now is the biggest “selling point” of this spot. Standing there, in the middle of the Susu Cave, you’ll feel like you’re on a different planet. It’s not that big: the mouth is 60 cm tall and 2 meters wide.

Learning More About The Susu Cave

The temperature of the spring is pretty low: up to 25 degrees Celsius. But if you consider yourself a strong person, ready for some extreme experiences, don’t hesitate to dive right in. It goes without saying that the stalactites and the stalagmites are also worth your while. The pictures don’t do this place justice.

Seeing it all with your own eyes, smelling the air and feeling the cold breeze, you’ll understand why the folks in Lombok call it a sacred place. By the way, Susu means Milk. Why the strange name? Does it mean something for the Indonesians? Or is it just another funny name that’s supposed to be catchy?

It all has to do with the insides of the cave. Take a good look at the walls: aren’t they somewhat white? We’re used to calling that shade of white Milky, and that’s how the Susu Cave got its name. Furthermore, the color of the spring is very close to white, and with the stalactites up on the ceiling looking like nipples, it should become obvious why the locals gave it that name.

There are a lot of inside jokes about this place, but let’s go back to the cave. There’s a tiny hole in the roof in the farthest corner, and it provides an amazing opportunity to meditate. Just imagine sitting completely alone and letting the sunlight guide your spirit – priceless!

What Is There To Do At This Spot?

The Susu Cave is believed to be a huge center of positive energy and brings good luck to those that seek it. Don’t expect any miracles to happen; at the same time, the good aura will definitely lift up your spirit. The inside of the Susu Cave looks very unique and thrilling. That is exactly why most tourists walk around with their cameras and phones, trying to take the best possible pictures.

And while this is a great opportunity to make some amazing selfies, I would highly recommend leaving your gadgets behind and enjoying the cave with your friends. There’s nothing like exploring landmarks like this one with the people that you love and care about.

Basically, this cave is only good for three things: taking pictures, walking around in the dark corners, and checking out the spring and the stalactites/stalagmites. They say that if you go into the spring with an open heart and a clear mind, it will immediately take all of your tiredness away.

I can confirm that a couple of dips into that freezing water will, most definitely, give you a nice shot of adrenaline. Many foreigners believe that it also helps heal skin diseases of all kinds. Interesting fact: the cave was formed many centuries ago thanks to a strong flow of lava from Mount Rinjani.

Since this cave is located right below the big, bad mountain, you won’t have a problem finding a place to eat and/or to rest. There aren’t many low-budget accommodations in the area, but that’s ok because you can visit every single landmark around Rinjani within a day.

The aforementioned waterfalls certainly deserve a visit from you, especially if you’re traveling with a bunch of friends/family members. The locals are very friendly and will be happy to help you with directions. The Susu Cave isn’t that hard to find but you’ll still need to keep your eyes peeled; otherwise, you might just miss it.

This isn’t the only cave in Lombok (check out my review of the Bankgang Cave). However, since it’s often a part of tours to the island, it is probably also the most popular one. I highly encourage you to pay it a visit even if you’re not really a fan of caves. The atmosphere down there is magical and will take your breath away.

As you might already know, Rinjani is the 2nd-highest mountain in Indonesia and tourists from all over the world come to see it with their own eyes. The views from up there are stunning. The area around it is a geological park, and, as mentioned earlier, the government of Lombok is working tirelessly on making it more comfortable for the foreigners.

How To Find The Susu Cave

Please keep that in mind and gather your strength before embarking on this long adventure. If you love driving a car or riding a bike, don’t hesitate to rent a vehicle of your choice at one of the local spots – renting has never been a problem in Lombok, and the prices are more than fair.

Or, better yet, hire a personal driver, because the road might just take all of your energy away. It might be worth giving it a shot if you feel that the spring will give all of your strength back. If you just landed at the Lombok International Airport, the distance from there to the Susu Cave will be pretty much the same.

Make your choice wisely when it comes to the renting/hiring dilemma. And while public transports do head in that direction, they are usually always cramped up and the drivers wait for every single paying passenger to get aboard before hitting the road. Yep, it’s no fun, which is exactly why most tourists prefer to rent cars or bikes. 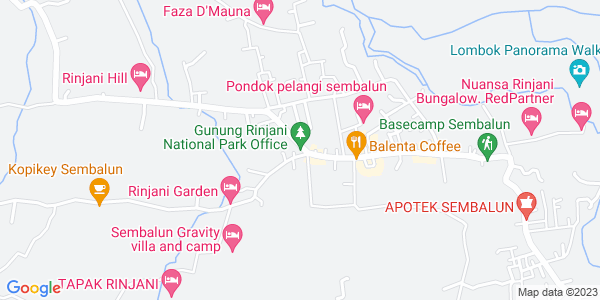 Brendan W.
April 11, 2018
As a part of your trip to Mount Rinjani, this cave is a great spot. The spring is not that hot, though!
Reply
Kaydence A.
December 12, 2017
The road is, indeed, very long, but allows you to admire the view and to learn more about life in Lombok.
Reply
Norah J.
March 27, 2016
Nothing like taking selfies with the cave and the mountain serving as the background.
Reply
Zander P.
September 4, 2015
If you can make your way from the waterfalls to this cave and then to the mountain, the reward will be total satisfaction at the top of Rinjani.
Reply
Cash E.
February 10, 2015
I've been to many caves and can say that there's nothing special about this one. But that doesn't mean it's not great.
Reply