If you feel like going on a “religious trip” and restore the harmony in your heart and soul, you’ll most definitely find what you’re looking for at the Lingsar temple. Both for the Hindu Bali and the Islam Sasak, this fine temple is considered to be a must-see on the island.

It was built back in 1714 by a foreigner (the man was from Bali) and has changed dramatically since then. Right before the entrance to the breath-taking Lingsar Temple in Mataram, Lombok, you will pass a garden with twin pools. They are rich with lotus flowers that will get you the right mood.

The temple consists of 3 main buildings (some would call them “blocks). They are Gaduh, Kemaliq, and Pesiraman. True, those names don’t really mean anything to the regular tourist but try to at least get the pronunciation right J. For example, Gaduh is a sacred place for the Hindu people and should be treated with respect. Inside, you’ll find 4 shrines which symbolize the different seats of the Gods.

Feeding The Sacred Eels At The Lingsar Temple in Mataram

If you take a walk down the enchanting stairs in Gaduh, you’ll end up at the entrance to Kemaliq. Please keep in mind that according to the so-called Islam Wetu traditions, this is a sacred place. Yet, the Hindu people have the right to pray there. Fun fact: In the vast Kemaliq area (the Wektu Telu temple, to be exact), there is a tiny yet beautiful pond with holy eels in the middle.

As you might’ve already guessed, they are also sacred to the locals, just like the majority of statues in the Lingsar Temple. The Hindu people claim that these eels are an incarnation of Datuk Milir. He used to be the greatest king of the Lombok island and meditated in this exact spot, asking the Heavens for the rain. The native people of the island (that includes both the Hindu and the Islam) say that seeing these statues in person will bring luck.

You might think that I’m joking, but in order to “reach” them, one needs a boiled egg. The atmosphere there is truly majestic, and the good old European tradition of making a wish and throwing a coin in the will also work. It will be a great idea to take your kids to the Lingsar Temple in Lombok and make a wish together. That will allow you to connect on a different level. After all, that’s why we love traveling so much, right?

However, please keep in mind that you’ll have to make a donation (about 50 cents/1 dollar) for a couple of scarves to put around your waist. They are supposed to divide one’s body into two and keep the sinful lower body from the sacred upper half J. As for the eggs, they also cost money, and the priests aren’t that happy to open the pond for the tourists.

The Most Exciting Tradition At The Lingsar Temple

What you should definitely keep the little ones away from in the Lingsar Temple in Lombok is the “slaughterhouse”. Yes, they do slash the throats of the local buffalos during the rituals. The poor animals run around and feast on grass without realizing what’s waiting for them in the future.

Don’t be surprised by the never-ending line of people bringing sacrifices to the temple. The Wetu Telu circumcise the boys in Pura Lingsar and there are magical springs with separate spots for both men and women to bathe. If you turn to the other side, you’ll find not only a huge wall but also 9 gorgeous fountains that flow from the pond.

This magical place is perfect if you want to leave your sins behind and step into a new future cleansed and purified. The fountains have healing capabilities and will “fix” whatever sickness is bothering you. That might not be entirely true, but the citizens of the island seem to believe that 100%.

Who knows, maybe a foreigner can also take advantage of those magical fountains if he/she truly believes in their power? I highly recommend visiting this place at full moon during the 6th month of Saka (by the Hindu’s calendar), around October-December. That’s when you’ll be able to taste ketupat, a symbol of “Perang Topat”.

It’s a peculiar rice cake with an unusual flavor. It’s wrapped in woven coconut/palm leaves and comes with a specific aftertaste. This is a special dish and is only served during festive occasions. And the Pujawali ceremony that celebrates the temple’s birthday certainly qualifies as an important occasion.

As for Perang Topat, the most direct translation for it is “Rice Cake War”. Sounds awful, that’s true, but it’s all kinds of fun when you witness it at the Lingsar Temple in Mataram. The Hindus and Muslims celebrate peace between the two different religions this way.

Essentially, it’s a food fight, and this is how it goes down: the “show” takes place in Pura Lingsar, a beautiful temple. A couple of weeks before the actual event, rituals, and offerings take place.

When the day arrives, both the Hindu and the Muslims meet at this neutral place to “set the score”. After a series of prayers, the contestants wait for the waru flowers to fade.

Once the first one touches the soil, the war begins. The groups throw a bunch of ketupats at each other, turning the celebration into a fun activity. Oh, and yes, the remaining food is divided between the warriors and the spectators. They bury the rest to “feed” the Earth and prepare it for the next year.

Without a doubt, this wonderful tradition is a great example for any other community and proves that two religious can and should live in peace. The Lingsar Temple in Mataram, Lombok will make you a believer! If you feel ready-steady, then it’s time to visit the south side of the temple.

The pool in the center is amazing, and it comes with numerous berugaks that you can spend some time in. They are comfortable and have that “island” touch that you won’t find anywhere else in the world. The pool, by the way, is the biggest one in the vicinity.

Usually, the tourists get tired at this point and rest in their hotels/bungalows. And what could be better than waking up with the sun and taking a trip to the Suranadi temple to admire its thrilling park or visit the Narmada temple – another fine piece of architectural art on this island?

How To Find The Lingsar Temple In Mataram, Lombok

The Lingsar temple is located approximately eight kilometers from Mataram (the city; it has a population of 400K+). It will take you about 20 minutes by car or bike if you choose the Mataram-Cakranegara-Selagalas-Lingsar route. Obviously, public transportation is also an option, but it’s no fun.

Besides, this is a trip, and you’ll want to spend it admiring the view, not feeling hot and cramped in a bus J. Furthermore, you’ll have to change the goddamn route 3 (!) times if you go with a public transport. The tickets are super-cheap, though, and the entire journey won’t cost you more than 1 US dollar.

The Lingsar Temple has many guides who know the place very well and speak English. Be careful of scammers who will try to rip you off.

Summing up, it’s safe to say that the Indonesian Lingsar Temple is a truly magnificent place. Located in lush, riveting rice fields, it provides the best of both worlds, so to speak. The mighty combination of two entirely different religions turns it into one of the most astonishing tourist spots on the planet. The people there are very nice and seem to be living in harmony with Mother Nature and with their own selves.

The Lingsar Temple is the island’s most impressive and inspiring site; and, it’s the most popular spot for the tourists. The Sasak people are the native population of Lombok, and they managed to find a way to live hand-in-hand with the Hindus. You won’t find that same level of understanding anywhere else. 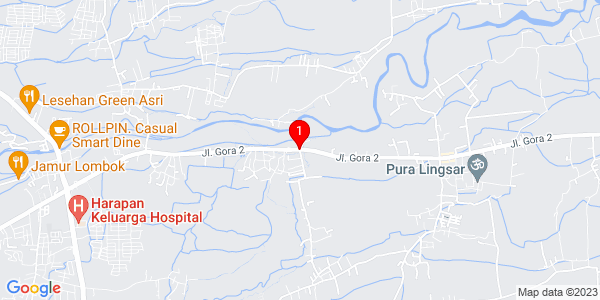 Tom E.
April 11, 2018
This is a truly life-defining place. You can almost feel the ancient spirits in the air.
Reply
Lucy M.
March 5, 2018
At fist, it seems like there's nothing special about this Temple, especially if you've been to some. But then the place grows on you and you turn into a fan. Thank you for the tips and the description of the various traditions and customs!
Reply
Iren S.
August 12, 2017
Well done! I really appreciate your guide. Will make sure to visit it one day.
Reply
Terry T.
June 21, 2017
The pond with the eels is quite amazing. And while it's true that sometimes the locals aren't that enthusiastic, for the most part, they are very helpful and nice.
Reply
Kathie K.
March 9, 2015
The trip to the Lingsar Temple is very affordable, as the local prices are super-cheap. At the same time, we had a blast with this adventure. There's something beautiful and humbling about seeing other places and having a tiny taste of what life is like in far-away places like Indonesia.
Reply