You might’ve already heard about the beautiful Pink Beach. It’s located in the Jerowaru District, East Lombok Regency, and is becoming more and more popular as the foreigners are starting to learn about it. As always in Lombok, the tourists don’t usually stay in one place for long and prefer to go around, see as much of the island as they can.

In that spirit, you should definitely check out Gili Petelu, a lovely island not far from the beach. On a boat, you’ll be able to reach it without any hassle and/or trouble. To answer your question: yes, there are more than three Gilis in Lombok, and they all deserve a visit. This particular one is pretty tiny, but that’s actually its biggest selling point.

It the same area, the foreigners will also find Gili Temeak and Pulau Tiga. They are even smaller than our destination but look and feel amazing, especially during the high season. For snorkeling, diving, and swimming, East Lombok Regency is perfect. People from all over the world arrive to put on the gear and say hello to the local fish.

Gili Petelu isn’t great for surfing, though, as the tides are usually not very steep. That makes it a great spot for enjoying with your family and children. I bet the little ones will love the warm white sand and the crystal-clear, turquoise water. Alright, let us get to the meat and potatoes and learn more about this wonderful place.

What Is Gili Petelu All About?

So, as you can see from the pictures, this is a lovely island with just the right climate and nature. Gili Petelu is one of those landmarks that don’t need a moment to impress you: you’ll be amazed the second you arrive there. Actually, the joy will start back on the Lombok shore. On the boat, the tourists will get to admire it from afar.

The fish in the water, the trees on the ground and the exotic birds all add to the grandiose atmosphere. Sumbawa, the big brother of Lombok, is huge, and you won’t even need binoculars to see it. On an average day with calm waves and no wind, it will take you approximately 1 hour to get from the mainland to Gili Petelu.

Usually, the locals own tiny boats that can take in up to 5-6 people. It doesn’t cost much to rent one and to ride in the area like a boss and to reach Gili Petelu. The fishermen will also be able to take you and other tourists on a tour around all the small islands and the beaches on the “edge” of south-eastern Lombok.

Make sure to take advantage of this opportunity and do some sightseeing with your family. After all, you don’t get to have a wonderful boat trip every day! The tours are also quite affordable and they usually offer some discounts whenever there are several passengers paying for them. Don’t forget to bargain if you know Sasak, though: might save some bucks on that.

As a general rule, “uncharted” islands like this one don’t have any public facilities whatsoever. Gili Petelu is not an exception: you won’t find any toilets, changing rooms, or anything like that. Same goes for the cafes/restaurants and hotels/guesthouses. You might’ve guessed that when checking out the map: the place looks too deserted and away from civilization to have any kinds of accommodation.

Besides, it’s not nearly as popular as the other Gilis in Lombok, which means no business owner would ever invest in Gili Petelu. That’s totally ok, though, as you can pack your bag with food and drinks at the closest warung on the big island.

You’ll need some snacks, a couple of coconut juice bottles, maybe some towels and dry clothes (definitely grab them if you’re planning on taking a dip), and protection from the sun. That’s pretty much it. The fans of camping will also need a tent of some sorts that will keep them warm at night.

However, in my opinion, you won’t be spending an entire day in Gili Petelu, simply because there isn’t much to do there unless there’s a big celebration coming up. Plus, as mentioned earlier, the trip from Lombok to this island takes approximately 1 hour and you can always go back there to get a tan, run along the beach, and admire the view from the hills.

Not much, really. Except for all those fun activities that we just discussed, this tiny piece of land doesn’t really have anything more to offer. In Sasak, “Telu” means three. Usually, when the foreigners visit East Lombok, they get tired of the Pink Beach, Tanjung Ringgit, and the entire coast. That’s when they ask the locals about other interesting places to go to and learn about Gili Petelu.

Obviously, for the fishers, that’s a great opportunity to earn some bucks, and that is exactly why you’ll hear only good words about this island from them. Now, as I said earlier, don’t rely on any public facilities there. It’s as raw as it gets, and for the loners, this fact is a huge pro, not a con.

The Jerowaru District is full of amazing cafes and restaurants right on the beach. So, if you want to devour your meal while sitting in a comfortable chair and enjoying top-notch service, make sure to do that before hopping in that boat. As for accommodations, you’ll have to go deeper into the center of Lombok to find some hotels.

Remember: spots that are close to the shore are usually a lot more expensive than the ones further away. At the same time, since East Lombok isn’t the most popular part of the island, the prices there are generally lower than elsewhere on the island. Keep that in mind while on a trip to Gili Petelu.

Some Tips For The First-Timers

As a general rule, it’s always better to take cash with you on a trip instead of a credit card. Even though Lombok is not what is used to be 5-10 years ago, some folks simply won’t accept anything other than hard cash. Therefore, don’t forget to cash out at the closest ATM (there is one at the airport).

I bet you’ve already heard about the bad guides that are “snooping around” in Lombok and trying to rob the tourists of their money. It’s not that they are all criminals and loathsome people, though. The reality is – these fellas charge a lot, even though they don’t do much. The good news is – even a newbie will be able to make it to Gili Petelu without one.

Just ask the taxi driver to take you to Pink Beach, hop on a boat, and you’re there! If you’ve got a local friend, as him/her to accompany you on this journey; life will be a lot easier that way. Reminder: there aren’t any buildings on the island, and you should rely solely on your own self.

Gili Petelu is not the least popular spot in East Lombok Regency, but it’s not as famous as, say, Gili Trawangan, either. During the low season, only some local kids head towards Petelu. The high season, in turn, welcomes a significant amount of tourists that go there from the Pink Beach to take some selfies and get a sense of that “tropical experience.”

How To Find Gili Petelu

You already know that the exact address for our destination is Sekaroh, Jerowaru District, East Lombok Regency. To get there from the Lombok Airport, you’ll need to either rent a car/bike, hire a taxi, or use public transportation. The buses rarely if ever head in that direction; true, they are pretty cheap, but also slow, crowded, and hot.

A car is perfect if you’re traveling with a group of friends. A bike, in turn, is ideal for taking the island in and enjoying every moment of your stay there. From the Lombok Airport, the ride to the boats will take approximately 2 hours. Same is true for the tourists making their way to Gili Petelu from Kuta.

From Mataram, the capital, the road will take 2 hours and 10/30 minutes, depending on the route you choose. From Sumbawa, you are free to just rent a boat and head towards the island without ever setting foot in Lombok. Alright, this is it for today.

Gili Petelu is a pretty standard spot on the map for the South-Asian region, but that doesn’t mean it’s not one hell of a tourist place, because you will have tons of fun there. It might not be as fancy and crowded as the more famous Gilis; yet, for the fans of solitude and tranquility, it doesn’t get better than Petelu. 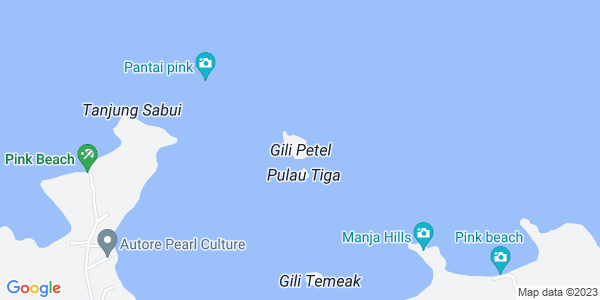 Nyla P.
March 1, 2018
Trips to foreign islands are always big, exciting adventures for me. This one wasn't an exception.
Reply
Miley B.
April 27, 2017
Gili Petelu is everything an average loner would ever need. Clean, crowd-free, and always sunny.
Reply
Allen C.
September 15, 2016
Honestly, it wasn't nearly as good as the other Gilis we've been to. Still, a beautiful island.
Reply
Audrina T.
August 14, 2016
Don't be fooled by its size on the map: for a group of BFFs, it's got enough space to mess around.
Reply
Madeleina U.
June 16, 2015
The boat owners were very nice people and even knew some English.
Reply