AKA Pantai Seger, the Seger Beach is one of those beautiful beaches that are always full of people and never seem to lose their charm and popularity. Lombok is full of fascinating beaches, and, despite the popular belief, they do have their own, unique features that allow them to stay afloat, so to speak.

True, this might not be the most exciting spot on the island, but to me, it’s places like this one that give you the most amazing experiences that linger on long after you leave the country. There’s a relatively easy-to-reach hill in the area, and if you climb up there, the views will be marvelous. The Seger Beach doesn’t enchant you from the first glance: instead, it grows on you.

There are two parking areas, which means you won’t have to worry about abandoning your vehicle/bike in the middle of nowhere. Without a doubt, this beach is perfect for spending the whole day getting a tan under the sun and reading a romantic novel. Grab a cold drink, something tasty to eat, and forget about everything else except for yourself, the clear blue sea, and the Seger Beach.

Even though I did just say that the place is always full of people, it’s not nearly as popular as the Senggigi Beach, and that’s a huge plus for those tourists that appreciate peace and quiet instead of noisy parties. Here, you can find solitude and still feel like a tiny part of a bigger crowd.

Learning More About The Seger Beach

Lying there in the middle of the smooth white sand, you’ll feel like the king of the jungle and even feel sorry for your friends back home working in the hot and boring offices. If you’re all about that alone-with-the-beach experience, make sure to wake up early in the morning, because that’s when the place will be totally empty.

Ok, and what about the local folks? Do they love the Seger Beach just as much as the foreigners do, or is it just another part of the island for them? This definitely is a special beach for the Sasak men and women. Every year, they hold a wonderful (and a bit weird) ceremony called Bau Nyale.

That usually happens during the March-February period; try to book a ticket early so that you can enjoy this amazing festival/celebration together with the natives of Lombok. Bau Nyale is an all-day kind of event and is basically a worm hunt. Yep, you heard me right: thousands of people come together in a search for the sea worms that come to the surface when the tides are low.

This is a very ancient ceremony, one that’s been a huge part of the Sasak people for many centuries. I personally talked to some teenagers at the Seger Beach, and most of them said that this is a fun thing to do, even though it is somewhat strange. Gotta keep the traditions alive!

This ancient tradition dates a few centuries back and is about Princess Mandalika. According to the legends, her old man, Seq, wanted his daughter to marry one of the local princes because it was time for his kingdom to strengthen its positions. So, he held a contest where the bravest men were to fight each other for the hand of Mandalika.

However, the girl didn’t really want to be anyone’s wife and decided to sacrifice her own life for the peace of her people. The thing is – regardless of her choice, there would’ve been war (because the rejected warriors would attack the winner), and the princess didn’t want a meaningless bloodshed.

She threw herself into the sea from a cliff and left a message for the locals: live in peace and harmony with each other and with Mother Nature. The people of Lombok believe that her spirit lives on, and the Seger Beach is her new home. Furthermore, they’re confident that Mandalika comes back from the dead on the 20th day of the 10th month (according to their calendar, of course).

Thus, when the tide is low, the girl seizes command over the sea worms and returns to her people. Legend has it that these worms carry a tiny part of her soul and that they bring luck to those that catch them. Sounds quite intriguing, doesn’t it? The ceremony is even more impressive on site.

What’s There To Do At This Beach

Take a good look at the map in the lower corner of this article: the Seger Beach faces the ocean and is located just a couple of kilometers away from Kuta, another fine beach in Lombok. And while it might not be in any of the central parts of the island, it does offer enough comfort for the tourists.

Besides, some people love to experience Lombok in a more traditional way (by visiting the landmarks, talking to the locals, and eating the traditional foods) rather than going to the most crowded places just to take a couple of selfies. Generally, people learn about the Seger Beach from their friends on the island and go there “for the heck of it”. Usually, they end up loving it more than Kuta.

The two beaches share the same coastline, which means all those underwater creatures that you might see in Kuta will also be “hanging out” in Seger. So, what can you do there to entertain yourself? Well, this is a beach, and that means water activities are on the menu. If you’re a fan of swimming and surfing, then, by all means, show the locals how it’s done!

For the less active folks that just want to relax, watching the sunsets and enjoying the lovely climate is the best activity. The waves are relatively calm here and that makes snorkeling possible. At the same time, you won’t have a problem finding steep waves for surfing.

What Else Does The Seger Beach Have To Offer

I have to say that when it comes to snorkeling and surfing, the Seger Beach is a better spot than Kuta. Remember we talked about the tradition of catching the magical worms? Well, the locals make all kinds of foods using those creatures, and if you’re one of the brave tourists, make sure to have a bite. Who knows, maybe you’ll like it?

There are enough resorts, hotels, and guest houses in the area for you not to worry about accommodation. Restaurants, cafes, and food stalls can also be found near the beach. Don’t forget to buy a hat to cover your head and some kind of a cream to protect the rest of your body from the sun.

Information for the surfers: the best time to visit the Seger Beach for those lovely waves is the July-August period. For the friendliest waves, you’ll need to wake up early. From Kuta, it’s a 10/15-minute ride on a car or a bike (the road is 4-kilometers-long). You can even walk between the two destinations if you’re in the right mood.

Or, rent a speedboat and enjoy the landmarks of the island from afar. I promise you it will be well worth it, especially if you do this with your best friends and then have some cold coconut juice on the beach while watching the surfers do their thing on the ocean.

How To Find The Seger Beach

So, we already talked about the distance between Seger and Kuta. But what about the Lombok Airport? If you landed there, the fastest route to the Seger Beach will take you 45 minutes. But if traffic on the main road makes you change the route, the 28-kilometer-long alternative will take 1 hour 10 minutes, which is still quite alright.

The most popular thing for a foreigner to do is to hire a taxi driver and listen to his crazy stories while sitting in the back seat. But you’re more than welcome to rent a car/motorcycle. Renting is available all over the island since it is a very profitable business.

They might try to charge you double, so, always know the prices in advance (they do change all the time, though). Or, improve your bargaining skills. If you’re in the capital (Mataram), get yourself ready for a long ride. Depending on the route you choose, the drive will take 1 hour 20/50 minutes.

Thankfully, the road is straight most of the time and wide, which means you won’t have to worry about squeezing into some narrow side alleys that only the locals can handle. Once you arrive at the spot, the warungs will welcome you with beer, snacks, and big smiles. Kuta is one of the fastest-growing regions of Lombok, and the Seger Beach will look even better soon! 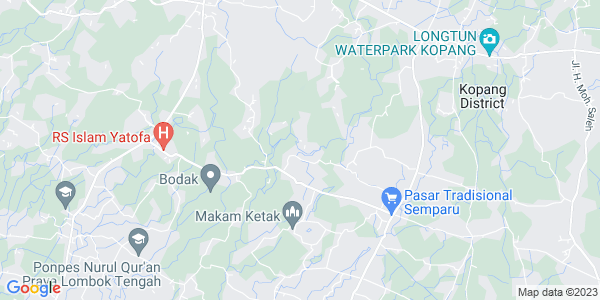 Israel K.
February 11, 2018
A lovely place! The water was a bit muddy when we got there, but it was alright since we're not big on swimming.
Reply
Harmony N.
July 19, 2017
The air is clear, the views are astounding. The food is tasty, the drinks are fresh (and cheap).
Reply
Chelsea R.
October 10, 2016
Kuta is a magical place. It represents the very essence of Lombok. The Seger Beach is also worth a visit.
Reply
Alayna W.
November 5, 2015
Yep, the beach is empty early in the morning. For chilling and having a nice time, it's a perfect spot.
Reply
Emmett M.
September 11, 2015
The crystal-clear ocean is perfect for surfing. I'm not a pro, but it felt amazing when I tried to conquer those huge waves.
Reply