Lombok is an impressive island. Even though it’s not that big, the amount of landmarks is off the charts. You’ve got temples, beaches, and, of course, the world-famous villages. Lombok is all about tiny settlements that take care of their own and work day and night to master one craft, be it weaving, pottery, farming, or something else.

Indonesia is not the richest country in the world, and when it comes to villages like Karang Bayan, the infrastructure is still decades behind what you’re used to in the European countries or the US/Canada. But, as I always like to say, that is there strongest selling point. I mean, you do want to experience something unique while on a trip, right?

Now, while there are many villages and tiny communities on the island, and they all look pretty much the same, every single one of them has something unique to offer. The nature of Lombok is Heavenly; the locals are nice and friendly (yet, they rarely if ever speak English).

Plus, thanks to the ever-increasing flow of tourists, the government is investing more bucks into new roads, restaurants, better GPS service, etc. Karang Bayan is located in West Lombok, and that part of the island is famous for the beautiful forests, rivers, wild animals and birds with the sweetest voices. True, it’s not nearly as popular as other tourist spots; still, it is worth your while.

What The Karang Bayan Village Has To Offer

So, what else is there to see apart from the beautiful scenery? The traditional life, of course, with all the customs and the religious, or, rather, spiritual vibe that never seems to leave the entire island. The area is fertile, and the locals do everything in their power to use the gifts of nature the right way.

For example, the Kayangan spring is located right next to the village (it’s the biggest source of water), which means the men and women don’t have to travel for miles to get it. Note: it will take you about 30 minutes to reach this spring; still, in all fairness, both Kayangan and Pancor Ancak (yes, there are two springs) make life so much easier in Karang Bayan.

The tropical forest is quite amazing. It makes you feel like you’re lost in a movie from the 80s, and the base of the drug dealers is right around the corner :). The air around here is fresh and has a healing effect. The sounds of the stream, the wind, and the aforementioned animals and birds turn this forest into one of the best landmarks in Lombok.

I mean it from the bottom of my heart. The fruits are all delicious (obviously), and you’ll get to witness the villagers taking care of their daily routine in the forest. They carry food, provisions, and dry wood on their heads, and every single person I saw was smiling back at me like we were best friends!

If you got excited after my review of the forest and the scenery, I have to tell you that these springs aren’t out there in the open: you’ll find them under the plants. The water is very cold, but, since the island is tropical, and the temperature is always above average, I encourage you to splash some of that majestic water on your face and chest.

Trust me: that will give you a nice boost for the rest of the day. Ok, we’ve done enough hiking. Now let’s learn more about this settlement’s background: who they are and where they come from. According to the elders of Karang Bayan, they come from the Bayan district, the center of the Waktu Telu religion, and are one of the most ancient communities in Lombok.

Based on the fact that the Sasak people in Karang Bayan – the village – and Bayan – the district – use the same dialect, it’s safe to say that those claims are true. There are many old buildings/constructions standing in the village, and they are another proof that this place has been around for a while. In total, there are four of those, and Bale Adat, for example, used to be a very important building.

Back in the day, the locals would gather there to talk about their problems and social activities. Today, it’s occupied by a family – the fifth generation of Karang Bayan’s leader. As for Sekenem, it’s one tiny room that welcomes the guests to spend the night and gather their strength.

Not Just Another Village

The third ancient building is called Bangaran, and it’s a monument of sorts. It’s there to represent, or, rather, to symbolize the very first stone put by the people that built this village from the ground up. By the way, the word “bangar” means “deforest”, which is exactly what they did with the place. The last building is a mosque, and it’s deserted now.

There’s a fence made of bamboo around it, serving as protection. Right in front of it, you’ll find the ruins of what used to be a kitchen. It’s worth mentioning that the Balinese culture has greatly influenced the Waktu Telu religion, and that was one of the factors that allowed the Hindu and the Sasak people to live in peace.

If you take a look at history, you’ll see that most wars were based on the differences between various religions. But Karang Bayan is a great example of a village (and an entire community) that found a way to get inspired by the diversity of its population. The Sasak people of Lombok are doing a great job of making the Hindus feel at home.

They constantly invite them to their homes and celebrate the beauty of life together. I say this is a wonderful example of how we, the human beings, should behave in every other corner of planet Earth. Peace, respect, and history – that’s what these folks build their relationship on. Why shouldn’t we do the same?

The Path Of The Warrior

I can say from personal experience that when you visit places like this one, they usually turn out to be very different from what I (and most of you, I’m sure) expected. Karang Bayan is just another Sasak village, nothing special about it. On the other hand, if you take a moment to read this review and learn a thing or two about the history of this place, then a regular trip will turn into an entire adventure.

Besides, Lombok is a great way to forget about your “real” life and dive into a completely unfamiliar environment. People here are different: they rely heavily on Mother Nature and work mostly in the forest and in the farms, unlike the big-city folks.

As I said above, the Hindu and the Sasak men and women always speak highly of each other. For example, the Muslims follow a custom that instructs them to give a gift to a Hindu family and thus invite them to the village for a big celebration. It’s not something extraordinary, but let me assure you that when I was in Karang Bayan and witnessed it all first-hand, the emotions were indescribable.

The Hindus, in turn, appreciate the hospitality and welcome the Sasaks to visit their temples and sacred landmarks.

How To Find Karang Bayan

This historical village can be found in the sub-district of Lingsar. If you’re in Cakranegara, the place can be reached in about 10-15 minutes. However, if you’re in the middle of the big city – Mataram – the ride will be much longer (up to 40 minutes). As I always like to say, if you’re planning on staying in Lombok for more than a day or two, renting is the best option.

First of all, it’s cheaper than a personal driver/taxi. Second, compared to public transportation, it is way faster and more fun. That’s not even a discussion. For a week-long rent of a car or motorbike, you’ll have to pay 70-100 dollars or less if you know how to bargain.

Come on, that’s more than fair, right? If you’re a “productive” tourist, you’ll see most of the landmarks on the island in a week. Karang Bayan is a very beautiful village with history, but, unless you’re a professional journalist, there isn’t much you can do there after walking in the forest and visiting the ancient buildings we just talked about.

So, make sure to check out the other reviews on our website and pick not one, but multiple destinations for your next trip. That way, every single day will be a lovely experience and you’ll get to see the best tourist spots in Lombok. 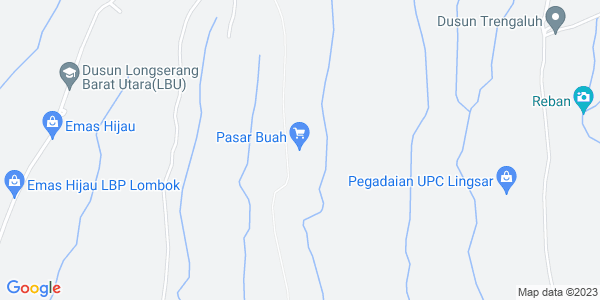 Bradley B.
January 1, 2018
The forest is too hot for comfort, at least for me. The animals and the birds are lovely, I even took some pictures for my personal collection.
Reply
Tanner O.
July 8, 2017
You're saying that the locals are a bit strange for us, the western folks, but that's actually also true the other way around. So, respect the lives these people lead and try to learn instead of judging.
Reply
Trevor M.
February 6, 2017
Karang Bayan is a fine example of people living in peace and working together towards a mutual goal - providing for their families.
Reply
Derek P.
August 3, 2016
We landed at the Lombok Airport and had to ride for more than an hour to Mataram and then ~40 minutes to the village. But it was worth it!
Reply
Silas T.
June 9, 2016
Another colorful village on my list. I've been to many tourist spots in Lombok. They all live poor but nature gives them everything they need.
Reply