Indonesia is a very diverse country, and Lombok is, without a doubt, one of the biggest magnets for the foreign visitors. This island is very beautiful and is home to 3+ million people, mostly Muslims. The locals have been surviving without any technological treats for many centuries, relying solely on their own selves.

Naturally, now that Indonesia has one of the fastest-growing economies in the world and Lombok is a popular tourist spot, it looks and feels entirely different. Still, the heritage is strong, and the men and women of the island work day and night to provide for their families. They are great at weaving, pottery, and, of course, fishing.

As for the Tanjung Luar fishing market, it is must-see. It’s got that raw, “primal” vibe, and that’s something worth seeing with your own eyes. Fishing is a huge part of Lombok’s infrastructure. This place can be found on the east coast of Lombok. Officially, it’s the biggest market out there. The locals work tirelessly, catching the fish and putting it up for an auction.

So, if you want to eat natural food, I can tell you with certainty that it doesn’t get any fresher than this! True, there’s plenty of fish elsewhere on the island – you can buy it in the cafes, restaurants, and from the fishermen that live and work in different spots. However, Tanjung Luar is special.

Picking The Perfect Fish For A Feast In Tanjung Luar

The available options are truly impressive, and the tourists will be able to buy not only the most common species/breeds, but also exotic fish like big, scary sharks, and mantas. Beasts like these aren’t in huge demand, that is why it will be much harder to order them at a regular eating spot. Interesting fact: the fishermen in Tanjung Luar go hunting (or, rather, fishing) late at night and come back to the market early at dawn.

While everybody else is sleeping, they unload the fish, slice it up, cut it into pieces, and wait for the first customers to arrive. I woke up early that day and was one of the first visitors, which gave me a chance to pick whatever fish I wanted without any hassle.

The market is only busy until noon. After that, it’s pretty much empty and quiet. But before that, it’s quite impressive, not to say brutal. Just take a look at the pictures: those poor creatures had no chance against the fishermen!  All that chopped up fish does look horrible, doesn’t it? But hey – you’ll get used to it in no time J.

By the way, there’s the so-called Gili Shark Conservation team (the GSC) that specializes in protecting these predators and keeping them from going extinct.  There are some endangered species living in the ocean right next to Lombok, and the Tanjung Luar fishing market is constantly “raided” by these kinds of organizations.

Not A Sight For Sore Eyes

Now, even though the beach here is beautiful (just like any other beach in Lombok, for that matter), all that dead fish will leave a mark, so, don’t take your kids on this trip! The sensitive/fragile women also shouldn’t be allowed to visit Tanjung Luar. The rest can enjoy the unique atmosphere and buy exotic species of fish for a very low price-tag.

The smell of fish, the old boats, and the dirty workers might be a turn-off for some, but not for me. I’m always open to new experiences and made some photos and videos, even though the tough fellas were looking at me with those scary faces. The place is very noisy and messy, not like the other tourist spots on the island.

Fact: if you arrive on a rental scooter, I highly recommend paying someone to keep an eye on it. That’s because the local boys will steal it in the blink of an eye. The Tanjung Luar fishing market isn’t a “market” per say, as there are no lines or anything like that. Just go wherever you please and talk directly to the owners of the fish.

They don’t cook it on the beach, though; if you want some fresh grilled fish early in the morning, don’t rely on these people to cook it for you. Now, if buying fish is not the reason for your visit, you can still enjoy the beach later (in the evening, of course) and walk around the shores with your loved one or by yourself.

Back in the day, when I had a wrong image of Lombok in my head, I was convinced that every single landmark on the island looked exactly like this market. And boy was I wrong! At the same time, after seeing most of the temples, visiting all the beaches and tiny islands, I wanted to know more about this market and do some shopping of my own.

The only downside was the language barrier: even the fishermen have trouble with speaking English. I’m guessing you’re not fluent in Sasak; so, try to find a guide that will help you navigate through the island. But do keep in mind that there are many fraudsters in Lombok that just want to rob you of your bucks.

Or, just use the good-old “language of signs”: that’s when you put your finger on the fish you like, the owner tells you how much it costs, you pay him, and leave with the fish J. The sons of the fishermen, young boys, do a lot to help their dads, and some of them learn English, which means you might just get lucky that way.

Oh, and the local women aren’t afraid of the Tanjung Luar fishing market – they arrive at the beach early in the morning with special baskets to fill them up. The whole thing looks like a race for the best fish. It’s very similar to what you would see on Black Fridays in the United States of America.

Why You Should (Or Shouldn’t) Visit This Place

So, let’s sum up. The fans of fancy beaches with white sand, crystal-clear waves, and beautiful restaurants won’t like what they’ll see in Tanjung Luar. This isn’t a tourist spot per se, because, well, you can’t do anything at the market except for buying fish. I did just say that the beach is “walkable” in the evening, but it has nothing on the other, more famous beaches in Lombok.

The place is always messy and smells bad, not to mention the dead fish that can make you feel sick to the stomach. It’s not a pretty spot, that’s for sure. On the other hand, it’s a vital part of the island – has been for many years. Might as well check it out, right?

Besides, the sight of dozens, if not hundreds of dead sharks lying on the beach is one hell of a thing to witness. Right next to the market, you’ll find a factory where they smoke and salt the fish to make it last longer. Usually, the women of the village take care of preservation, while the men slice the fish up.

Again, grab your camera/iPhone and take some pictures. Or, just stand in the middle of it all and take it in. Sometimes, it’s more important to talk to the locals, learn about the customs and traditions than to turn into a “shooting machine”. I know I had my fair share of fun!

How To Find Tanjung Luar

Alright, now it’s time to see how we can get to this market. As always, you’ve got three options at your disposal. First, pay a personal driver to take you from the Lombok airport to your destination. The quickest route will take approximately 50 minutes. That is, of course, if the traffic is ok.

Tanjung Luar is 32 kilometers away from the airport (same goes for the city of Mataram; it’s on the other side of the island). Obviously, a taxi is the most expensive option. But the drivers know the roads like the back of their hands and will get you there without any hassle. Sit back, relax, and try to admire the view.

Alternatively, you can rent a car/motorbike and enjoy the wind in your face. Renting is cheap in Lombok and usually costs 5-10 dollars a day, give or take. Public transportation is also available, and since this is an airport, the buses leave very often. But the Tanjung Luar fishing market is not the most popular destination, to say the least.

This is why I rented a car and had all kinds of fun with it. For ten dollars, you’ll have an awesome experience and get to see it all with your own two eyes as opposed to being cramped in the bus. Ferries, buses, and other public transports usually leave only when they are full. Remember that. 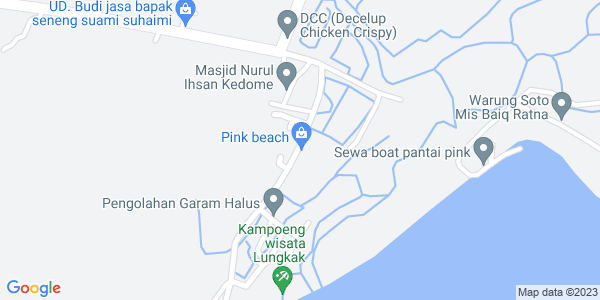 Cameron R.
January 9, 2018
I didn't want to visit this horrible market, but my husband insisted. As a result, I had one of the strongest experienced in years!
Reply
Adrian
July 18, 2017
The beach and the market are messy and smell horrible, but the locals don't seem to care about that.
Reply
Hunter T.
June 19, 2017
Don't be disgusted by those pictures - that's what they do to all the other creatures that we eat (including cows, pigs, and rabbits).
Reply
Henry C.
May 15, 2016
Obviously, Tanjung Luar is not the best landmark in Lombok. But if you're staying at a hotel nearby and want something different than sipping on a drink and acting a fool on the beach, do pay this market a visit.
Reply
Eli V.
August 14, 2015
Freshly-grilled fish is super delicious! I met a woman at the Tanjung Luar Fishing Market and she helped me buy the tastiest kind. I cooked it later - perfect for a nice get-together with your friends and goes great with beer.
Reply